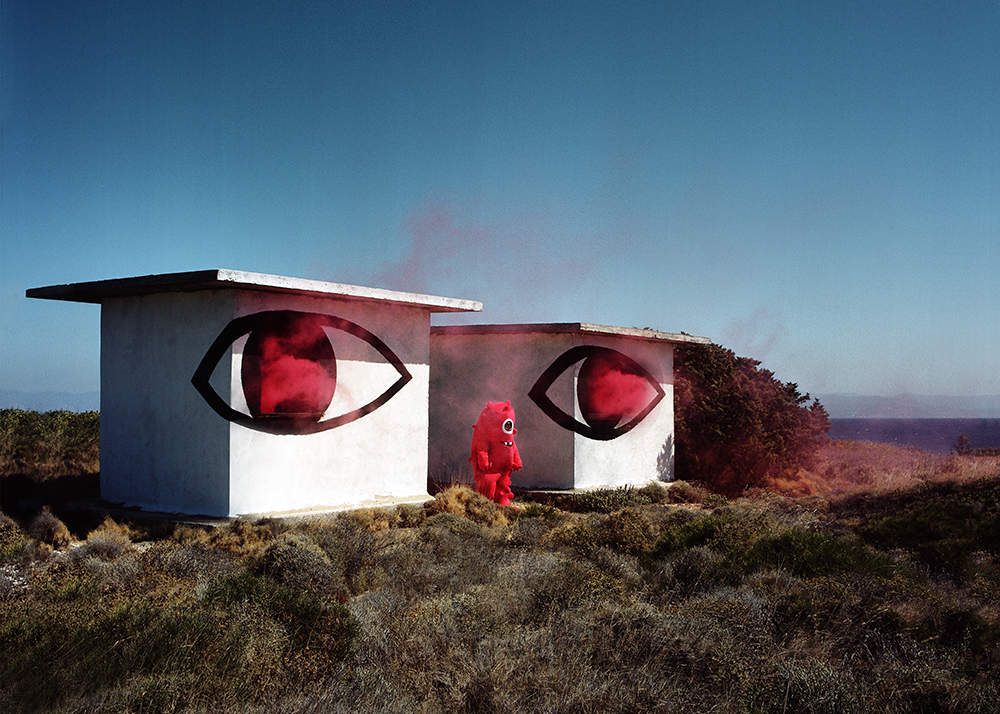 MONSTRO – END OF THE TRIP 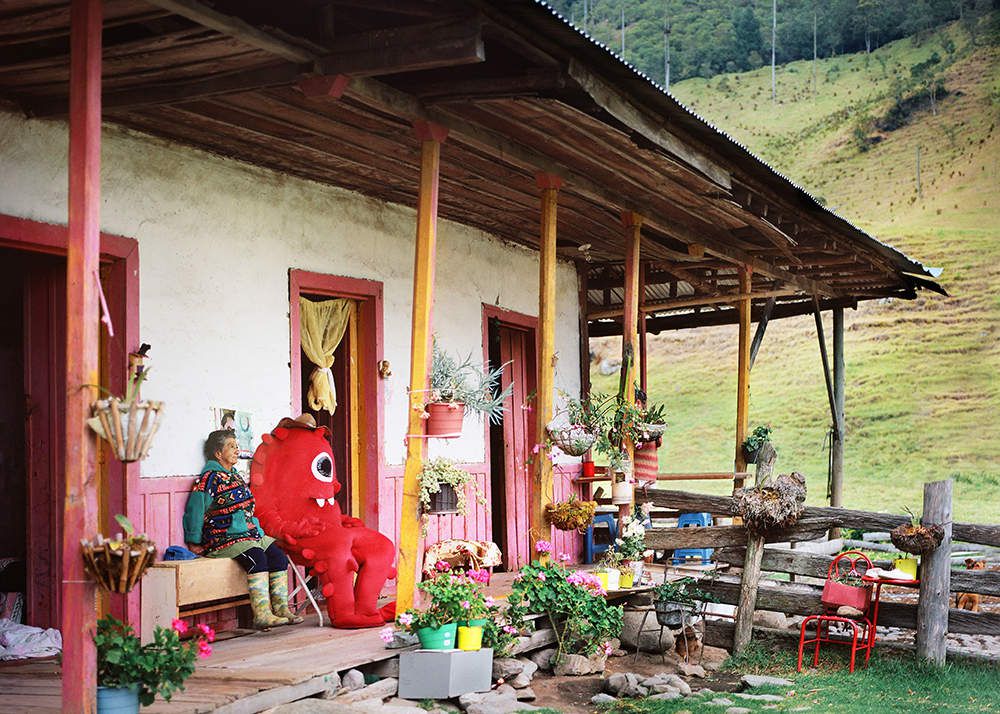 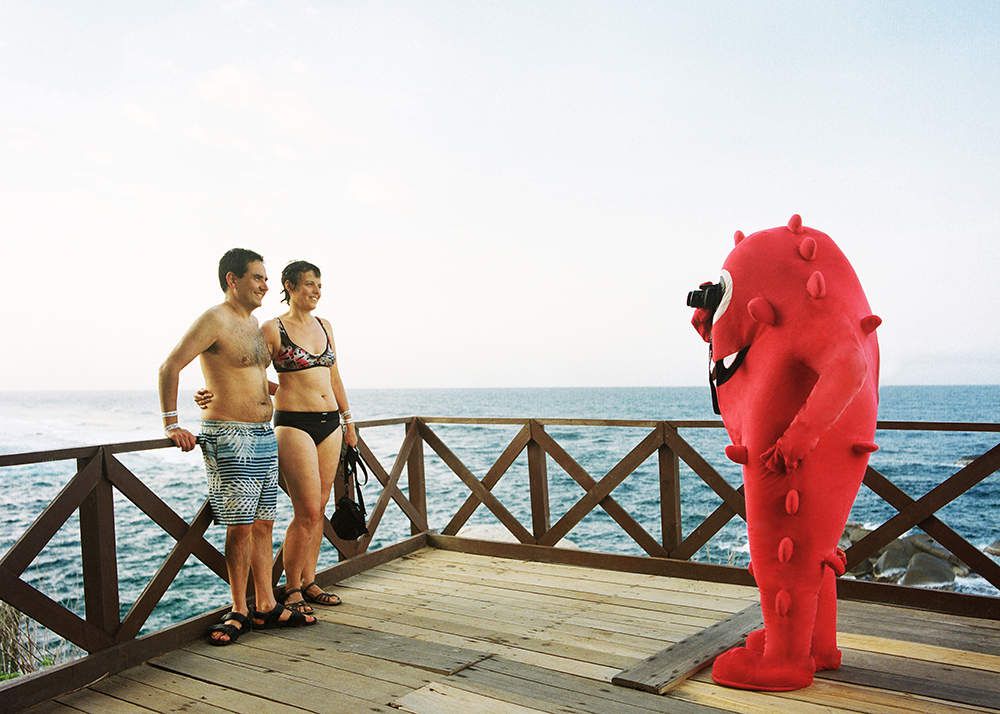 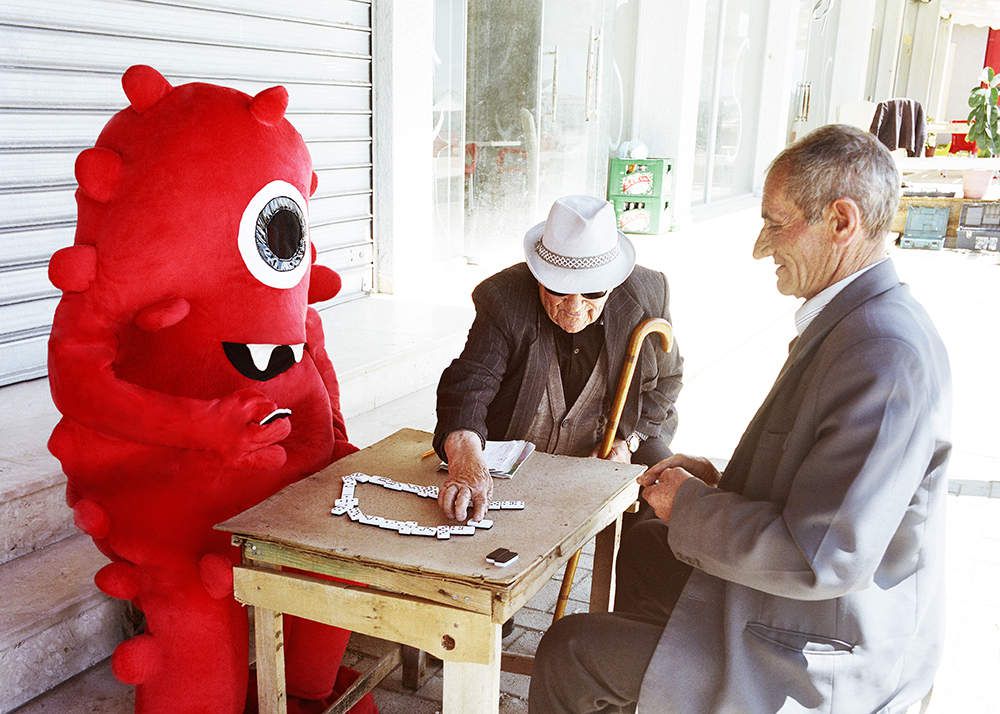 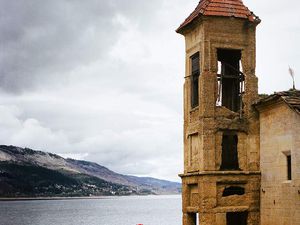 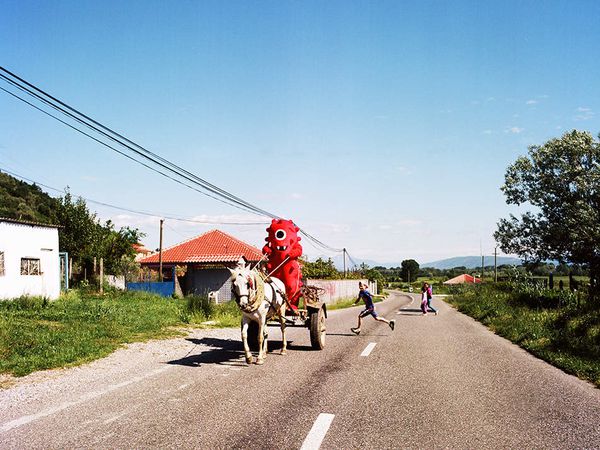 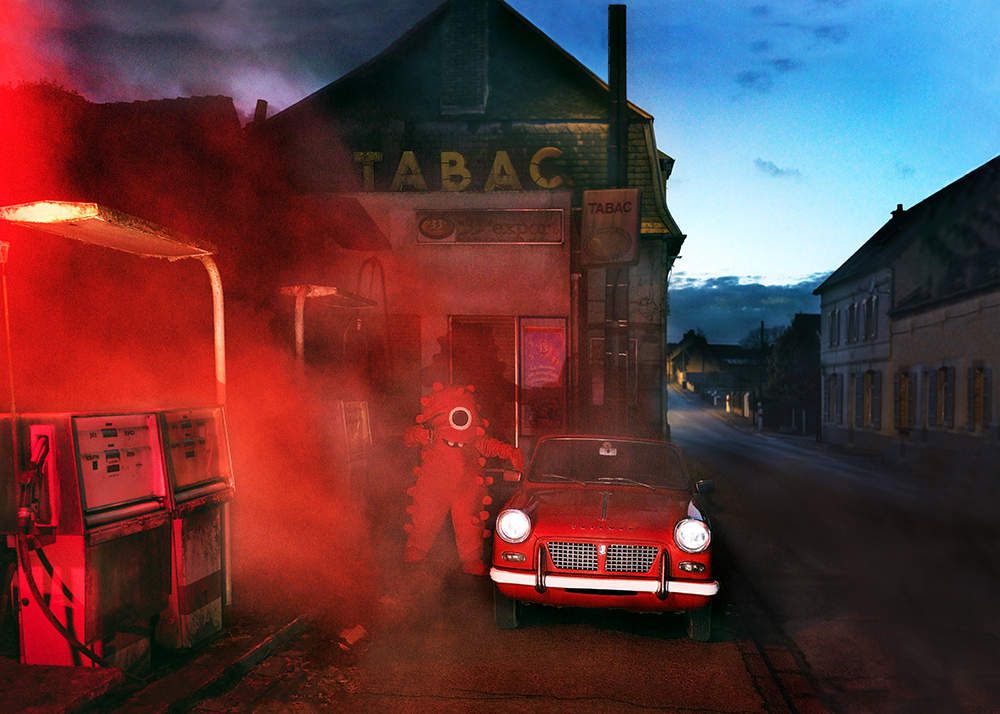 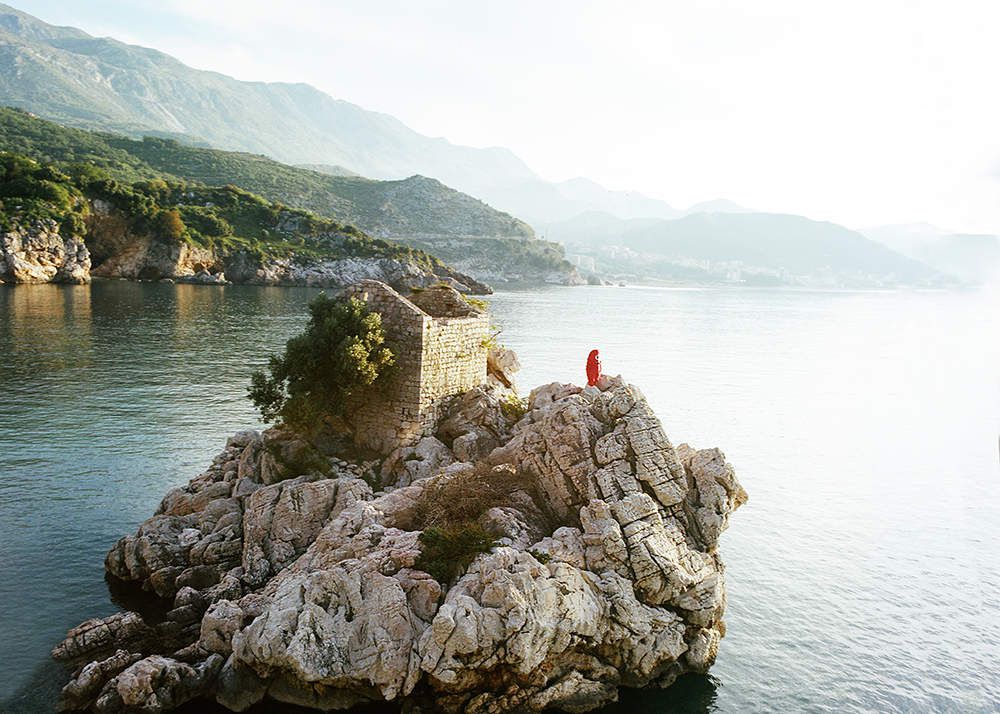 UK : MONSTRO – END OF THE TRIP

Following the Fucking Tourist "what locals really think of tourism” photo series, the artist Nicolas Demeersman, aka Jolipunk, now takes us on a journey through the eye of Monstro, a curious alien who wants to know more about the strange and surprising species, that is mankind.

Monstro is a large red alien, a bit dim-witted, who is holidaying on earth, a bit like a "space backpacker", and wants to share his holiday snaps with us.

In adding a disturbing element, Nicolas Demeersman takes us beyond the primary use of each environment. From this odd library building in Havre, in the shape of a nuclear reactor (1), to the communist era bunker overlooking a dam, everything becomes a perfect, spacious vessel for new ideas. A way of making us foreigners on our own planet.

A journey sprinkled with encounters. From the Massaï in Tanzania (2), today a stateless tribe confined to being ethnological objects, to the dominoes players in Albania. The arrival of Monstro in each town and village always attracts curiosity and inspires the locals. Many of them have slid into the shoes of the alien.

In the backpacking tradition, he works small jobs here & there: production & consumption, which led him to the car cemetery where the character blends in with the rusted cars. He questions the decline of religion, in front of a church engulfed by a lake in park Mavrovo, in Macedonia, and reflects on the state of art, at the feet of the crumbling contemporary art museum, in the town of Tirana, in Albania.

He finishes his days in the North Colombian desert, in the arms of a Wayuus Indian.

A photo series in the guise of postcards of our earth; and what if, deep down, mankind is nothing more than aliens ourselves.