This photo series is an invitation to see « history » from another point of view, questioning the images we see everyday, in mainstream media & film.

Well known, white, historical figures are presented as black people, in new and sometimes very clichéd scenarios, attempting to question what many people see as their reality.

We rarely think about the struggle of being ethnic in a “white world”, because many of us do not believe this struggle exists, until we experience it for ourselves. In media, there are very few black actors and cartoon characters in lead roles. The black character is always the first to die in horror films or is cast as the « best, funny friend ». Directors, producers, writers… are overlooked at awards ceremonies. This is happening in the 21st century, a time when all the consensus, intellectual and media, conclude that racism is one of the worst things to occur in the world.

One of the most obvious reasons for all of this, is that the history we know and learn about black culture, tends to focus on the bad events, such as slavery or colonisation… Very few people can name a good event, apart from the launch of Beyoncé’s last album.

Shot in studio, staged and retouched, the photographer plays with the codes of advertising and media, which sometimes excludes the black character/history. All the while creating amazing marketing words and sentences to justify this exclusion. The photographer uses all the « black clichés », to exaggerate the stories of the characters, creating a funny, sacastic photo series, that puts the onlooker at ease.

As if Snow White would have a banana instead of an apple or Hitler would question his own face. A black Wonder Woman for all the little girls to look up to, a black Napolean & Cesar, leaders of two the greatest Empires of their time, and a black Obelix, still larger than life. History is made by heroes and characters, not their skin. 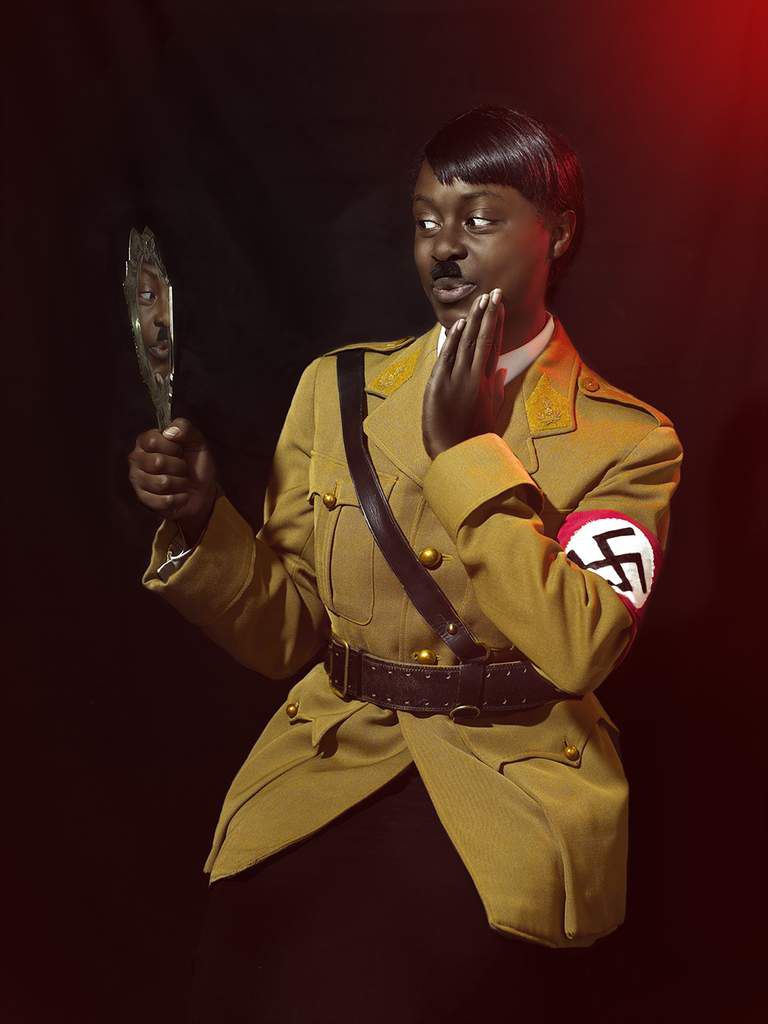